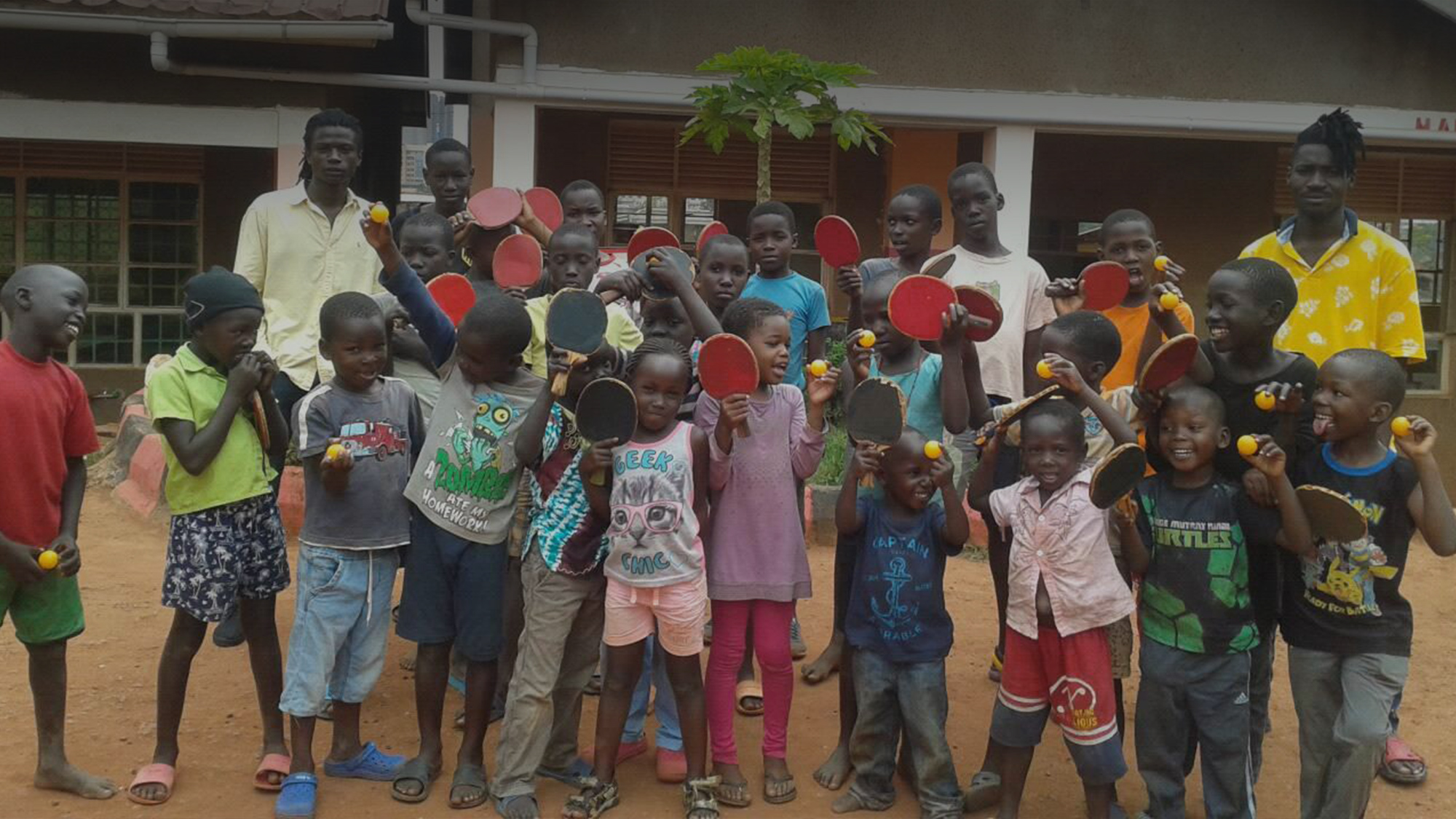 BeDifferenTT is always on the lookout for thrilling table tennis news. When we heard about the Slum Ping Pong project in Uganda, we wanted to find out more and were thrilled by the initiative, the people behind it, and the commitment and passion of the German table tennis community we encountered. Let’s start at the beginning, though…

What is the Slum Ping Pong project?

The idea behind the initiative is to improve the lives of children and young people living in the slums of Uganda – especially through table tennis. “I started playing table tennis at the Sharing Youth Centre in Nsambya when I was in Grade 4. I became the best player in my age group in Uganda and was given the opportunity to attend the Railway Children’s Primary School in Nsambya for free,” posts mytischtennis.de quoting Bazira Bale, founder of Slum Ping Pong.

Who drew attention to the project in Germany? 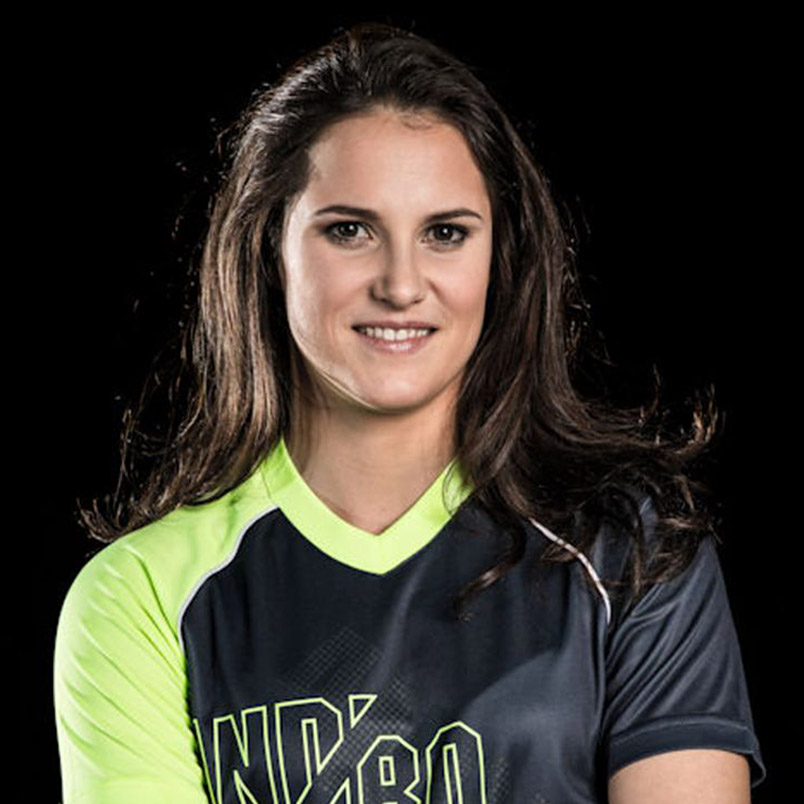 Sabine Winter: some of you are sure to know her.

For those of you who don’t: Sabine Winter is a German table tennis player. Her major successes include the European Championship title in doubles in 2013 /2016, third place in the Europe Top16 in singles in 2017 and a World Championship Bronze in the team event in 2010.

If you like, she put the right spin on the ball, resulting in a huge surge of support. It is mostly thanks to her that the Slum Ping Pong project is known in Germany and supported by other initiatives – in fact, the commitment is so great that other table tennis initiatives in Africa will be able to benefit as well. We asked Sabine how it all happened.

Sabine, how did you find out about the project?

“I got to know Bazira through my Mountain tt Video. He had posted a comment on my fan page. He said how cool the video was and that he had a project too, called Slum Ping Pong.”

What was your idea of supporting the campaign and what came out of it all?

“I’d been wanting to sell my shirts for a good cause for a long time, but I still wasn’t sure which one. I asked Bazira to tell me all about Slum Ping Pong. He said that he’d launched the project with the aim of giving kids in slums the chance to play table tennis, teach them important values and maybe even help some of them to obtain a place at school.
The story stirred my interest. I asked lots of questions. Bazira told me that a year’s schooling for a child only costs 53 euros. I was amazed at how much he can achieve with little money by our standards.
I was fascinated that people with such slender financial resources of their own were offering even poorer children something like this and I wanted to try a help a little. So I started my initiative.”

“As with many good causes, money helps,” she wrote on her Facebook page. “I have loads of table tennis shirts and I’d like to help a little by selling them and donating the money to Slum Ping Pong.” So she put up a lot of her shirts and her Olympic shoes from London 2012 for sale in ebay classifieds.

“Things moved slowly to begin with, but after a couple of days, the initiative attracted more people and I was able to donate 610 euros. I’ve since had another few requests, so I’ll be able to donate some more to Slum Ping Pong.
However, I think that what helps them the most is that more people got to know about it.” 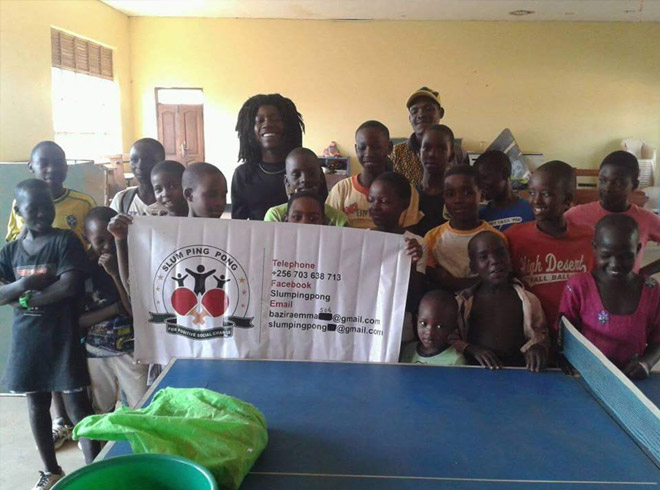 How did Bazira use the money?

So far they’ve bought new balls, some second-hand gym shoes as many of the kids play barefoot and several lunches for up to 45 children at their summer camp, which only cost 10 euros. The money still isn’t used up.
In the future, they hope to acquire two more tables, as they only have four and with up to 50 children, you can imagine that you have to keep a lot of them busy doing other things until it’s their turn.”

Or watch this great video:

Slum Ping Pong on the road. We set a world record for the 'longest' rallyever! Happy birthday dear Sabine Winter - thank you so much for the idea 🙂

Other table tennis initiatives found out about yours and want to help. Did you expect your initiative to meet with such a response?

“Secretly, I hoped that other people would find out about the project and thus generate the greatest support for Slum Ping Pong. So it’s marvellous that it actually worked out that way. I hope, too, that they will continue to get a lot more support. Speaking for myself, I aim to help more in the future.”

We also definitely want to present you the other table tennis initiatives:

First of all, the Ping Pong Pirates:

The four pirates from Bielefeld have set themselves the task of rating table tennis tournaments across Germany and posting the findings online to share with their community. Their aim is to offer a transparent tournament assessment so they can supply information about the quality of the respective tournament and encourage the organisers to improve their products – but that’s just a footnote. 😉 If you want to find out more, click here: pingpongpiraten.de

Sabine told the four about the project and they wanted to help as well. On Facebook they write: “To begin with, we collected donations for Slum Ping Pong in Uganda. It meant a lot to us to help the children there. We soon realised that we were probably going to get so many donations that we would be able to do a lot more good. So that’s why we included other projects in Africa.”

Their idea was not to collect money donations; instead they asked their community to collect old rubbers, blades that were no longer used or balls that had seen their day, thus ensuring that all these items didn’t end up in the cellar. Now this material is destined for a new use, and will give slum kids in Africa a lot of fun, and bring variety and joy to their lives. Take a look at all the things that were sent in:

And that’s not all:

The SPIN College – a table tennis school in Hamburg – found out about Slum Ping Pong and launched a fundraising campaign of their own.

We think that the commitment of the Germany table tennis community – sparked by Sabine Winter– is awesome!

So much passion and the determination to help is infectious and inspires others. At the moment, we are thinking about how the LMC can do its part. As soon as we have news, we’ll let you know.